December Blog – Highlights from the European Week of Sport

December Blog – Highlights from the European Week of Sport 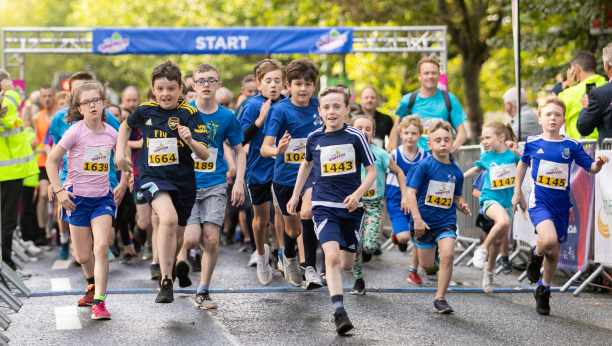 In this months featured blog, members of Sport Ireland showcase some of the highlights from the European Week of Sport.

European Week of Sport aims to promote sport and physical activity across Europe. The week is for everyone regardless of age, background and fitness level. With a focus on grassroots initiatives the aim is to inspire Europeans to #BeActive on a regular basis and create opportunities in peoples’ everyday lives to exercise more.

Sport Ireland supported 9 flagship events and 5 #BeActive Nights. Over 46,000 people took part in these flagship events during European Week of Sport.  In addition, there was an impressive national engagement with a total of 808 local events registered across the country through the Sport Ireland website with an estimated number of 110,196 people taking part in these events.

The European Week of Sport flagship events reflected Sport Ireland’s participation strategy by supporting and promoting events which target specific population groups including; women, people with a disability, migrants, older adults, young people and families as well as events which support the Get Ireland Walking, Get Ireland Running, and Get Ireland Cycling themes.  The flagship events were as follows;

The #BeActive nights are a Pan-European event to celebrate the European Week of Sport with night-time events running in parallel on 28th September.  The aim of these events are to provide opportunities to the general public to partake in a range of sporting activities and raise awareness about the European Week of Sport and the opportunities it creates to #BeActive. The #BeActive Nights were held in Cork, Galway, Laois, Leitrim and Wicklow in 2019.

Age and Opportunity organised a Dance, Dip and Dive event for older adults at Clontarf Baths and you can check out the video here https://vimeo.com/375964534

Sport Ireland practised what we preached by taking part in the #5MinChallenge each day during European Week of Sport. This consisted of everyone in the building taking part in 5 minutes of activity each day at 3pm. Activities included Tug of War, Egg and Spoon Races, Sack Races, Skipping and Bollywood dancing which surprisingly went down as the best activity! Each day we recorded what we did, put it up on social media and tagged another organisation challenging them to take part. This created a great buzz of activity about the campus as the Campus team, Special Olympics, Ireland Active and the FAI got involved. They subsequently challenged other organisations to the #5MinChallenge and as a result we had lots of organisations around the country tagging us in their #5MinChallenge videos. Check out the Bollywood video here https://vimeo.com/374390472

Ireland were recognised at the #BeActive Awards National Coordinators & Partners Meeting for our strong social media presence in the lead up to and including the European Week of Sport. Europe want to use Ireland as a good case study in relation to working with many different partners and how we got them on board with being so active on social media.

Sport Ireland are delighted to see the European Week of Sport grow each year and we are looking forward to the 2020 campaign. Find more events by following Sport Ireland on Twitter or checking out the Sport Ireland Events Page.

Thank you for reading this months featured blog.